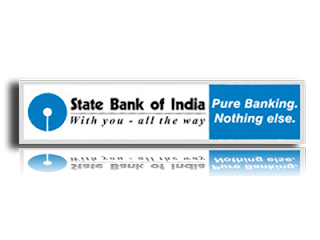 Note: Answers are written in BOLD letters in the choice

Which of the statements given above is/are correct?

2.What is a stale cheque?

3.Which of the following is the most volatile foreign capital?

4.Consider the following statements with reference to the Special Drawing Rights (SDRs).
A) It is an international reserve asset created by the IMF in 1969 to supplement its member countries’ official reserves.
B) It can be considered as a claim on the IMF.
C) It is kept in book- keeping form.

5.Consider the following statements with reference to Shadow Banks.
A) They do not accept demand deposits and, therefore, are not subject to same regulation.
B) They carry less risk of failure.
C) They have no access to central bank funds.
Which of the statements given above is / are correct?

6. Recently, the Reserve Bank of India (RBI) has announced that it will purchase government
securities worth 10,000 crore through open market operation.The RBI’s move aims to

7.Recently, the Indian government has given permission to have FDI in Limited Liability
Partnership (LLP), subject to certain conditions. Consider the following statements with reference to the same.
A) Investment in LLPs by Foreign Institutional Investors (FIIs) and Foreign Venture Capital Investors
has not been permitted.
B) FDI in LLPs has been allowed through the automatic route.
C) Initially, FDI in LLPs is to be implemented in ‘open sectors’ where monitoring is not required.
Which of the statements given above is/are correct?

9.Which of the following foreign banks has the highest number of branches in India?

10.Consider the following statements about Non-Scheduled Banks in India.

A) The can have a paid-up capital of less than 5 lakh.
B) They are free to keep Cash Reserve Ration (CRR) funds with themselves.
C) They are eligible for loans from the RBI only in emergency situations.
Which of the statements given above is/are true?

11.What percentage of funds allocated to priority sector lending by the commercial banks
in India, as stipulated by the Reserve Bank of India (RBI), goes to agricultural sector?

12.Which of the following statements about Cash Credit and Overdraft is NOT TRUE?

a) In Cash Credit facility, an amount of loan is given to the borrower/businessman for his working capital needs.
B) The rates of interest on overdraft credit is somewhat higher than on cash credit.
c) For cash credit, the security offered is current assets of the business.
d) Over draft is a temporary facility
e) For both cash credit and overdrafts, there is an agreed limit.

13.Which of the following statements about demand loans and term loans is NOT TRUE?

a) A term loan is a loan with a fixed maturity, while a demand loan can be recalled on demand.
b) In both term and demand loans, the whole amount is immediately chargeable to interest.
c) Generally, the duration in term loan is not longer than ten years.
D) Banks also use consortium method of financing demand loans
e) Demand loans are mostly taken by security brokers and others whose credit needs fluctuate.

14.Which of the following is not one of the criteria fixed by the RBI on the recommendations
of the in-house committee set up for the autonomy of the public sector banks?

A) Net owned funds must be more than 5000 crore
b) Mandatory capital adequacy requirement of 9%
c) Maximum Non-Performing Asset (NPA) limit of 9%
d) Profitability track record of three years.
e) All the above are correct criteria

16.Which of the following is not one of the objectives of nationalization of banks in India?

a) To eliminate concentration of economic power in few hands
b) To diversify flow of credit to agriculture and allied activities
c) To extend banking facilities in unbanked areas
D) To create government monopoly in banking sector.
e) To foster a new class of entrepreneurs.

17.Consider the following statements about White Label ATMs (WLAs).
A) WLAs are ATMs owned by non-banking entities.
B) The WLA operators have to declare one sponsor bank.
C) Grievance redress is vested with card - issuing bank.
Which of the above mentioned statements is/are true?

18.Which of the following services are regulated by the Telecom Regulatory Authority of India (TRAI)?
A) Internet service
B) Cable television
C) Broadcasting
D) Mobile telephony

19.Consider the following statements about Mother and Child Tracking System (MCTS).
A) It tracks pregnant women all over their pregnancy period and delivers medical services to
them as per the WHO guidelines.
B) It tracks children until they get full immunization.
C) It facilitates maternal services from conception till 42 days after delivery of children and
child health services up to five years of age in case of children.
Which of the above statements is /are correct?
a) Only C       b) Only A and B          c) Only B and C             d) Only A and C             E) All the above

20.The book titled The World Beneath His Feet is the biography of which of the following sportsmen?

21.Newly developed Udyami helpline is for

22.Which of the following is not true regarding the Reserve Bank of India (RBI) guidelines on insurance business?
A) Net worth should not be less than 1000 crore.
B) Capital to risk weighted asset adequacy ratio should not be below 10%.
C) There should be three years of continuous track record of profits.

23.Consider the following statements about features of offshore banking.
A) It is exempted from statutory minimum reserve requirement.
B) Discretionary power is given to offer competitive and profitable interest rates.
C) There is easy entry for foreign banks.
Which of the above statements is/are true?
a) Only C          b) Only B and C             c) Only A
d) Only A and C             E) All the above.

24.Consider the following statements regarding Nostro account.
A) It is an account maintained by a bank in India with a bank board.
B) This account is maintained in US dollars.
C) All transactions in foreign exchange are routed through the Nostro account.
Which of the above statements is /are true?

25.Which of the following statements about Vostro account is NOT TRUE?

a) It is an account opened by a foreign bank with a bank in India.
b) This account is maintained in rupees.
c) It is governed by rules and regulations applicable to foreign exchange.
D) Only public sector banks are allowed to operate a Vostro account.
e) All the above statements are true.

27.In which city will the annual summit of the BRICS (Brazil - Russia-India-China-South Africa) be held in March?

28.Name the website which has former IMF chief economist Raghuram Rajan and entrepreneur Jerry Rao
on its advisory board and which is on course to launch a social networking site for mathematics.

29.Who was the chairman of the committee constituted by the Reserve Bank of Indian (RBI) to review
issues related to priority sector lending which has recommended lowering the 40% priority sector target
set for commercial banks?

31.The poor performance of National Pension System (NPS) led the Pension Fund Regulatory and
Development Authority (PFRDA) to change the incentive structure for the distributors.
Which of the following statements in this regard is/are not true?

a) The pension regulator, on the basis of the recommendations of the GN Bajpai Committee
constituted by PFRDA to review NPS, fixed the incentive at 0.25% of the subscription amount.
B) As per PFRDA’s measures, a distributor will get a flat 20 and the maximum 25000.
c) Every year, on subsequent investments, the point of presence will be entitled to 0.25% of that amount.
d) The minimum that a point of presence can charge is 20 and the maximum 25000.
e) All the above are true

32.The Bangalore - based pharmaceutical major, Strides Arcolab, sold its 94 per cent stake
in Ascent Pharmahealth, a subsidiary with operations in Australia and Southeast Asia, to which of
the following US - based pharma companies?

33.Name the former Romanian Prime Minister who has been sentenced by a court to a two-year
sentence for corruption.

34. With which Indian partner is Starbucks, which has coffee shops in almost all big countries,
to open its first outlet in India later this year in a joint venture?

36.With which country has India’s private infrastructure development company Essar Ports signed a
concession agreement for development of a port there in the next six months?

37.Which public sector bank has launched its “Bank on Wheel” project in Nagaland to deliver banking services
even where there is no branch?

38.Which Bollywood star has the Kolkata-based Concast Group with interest in steel, TMT bars, cement,
real estate and infrastructure roped in as a brand ambassador for its TMT steel bars?

39.The Reserve Bank of India (RBI) has, in its latest directive, made all the private sector banks eligible to
handle Central or State government business at par with public sector banks. Until now, which of the following
private banks was not one of those appointed by the RBI as its agent to carry out limited general banking business?

40.In which country has the State Restructuring Commission presented its report for an eleven - state
federal model based on ethnic and linguistic lines?

41.The annual Surajkund Crafts Mela, organised by the Haryana Tourism Department, was held recently.
Which of the following was the theme state this year?

42.At which of the following places in India was the biennial congregation of Navies featuring
14 countries titled Milan 2012, to undertake joint planning in dealing with present - day problems of piracy,
drug running and capacity building through maritime cooperation, opened recently?

43.Which of the following state - run companies has signed a pact with its trade unions to increase
wages of workers by 25 per cent, effective from June 30, 2012?

44.In which city abroad will the Mini Pravasi Bhartiya Divas 2012 be organized in October this year?

45.In which city of India was the 60th All India Police Games held recently?

47. Who among the following has been appointed as the new Lokayukta of Himachal Pradesh?

48. Famous personality Raj Kanwar, who passed away recently, was a/an

49.Which state government has proposed a mandatory three-year posting for fresh medical graduates in rural areas in an attempt to ensure availability of doctors at primary health centres?

50.Which Swiss bank has been indicted by the United States on charges that it enabled wealthy
Americans to evade taxes on offshore bank accounts?